April is a formerly incarcerated woman who spent a lot of time in systems that harmed her rather than helping her escape cycles of abuse, exploitation and the street economy. April understands first hand the criminalization of women of color for the ways they survive and the harm caused by various systems. Based on her own childhood experience and the lack of advocates, April is a strong advocate for children and youth caught in the pipelines to prison.

She works to shed light on mass incarceration as a modern form of slavery and the particular ways in which girls and young women of color are criminalized. April’s role is to build a statewide coalition of formerly incarcerated cis and trans women and girls, trans men and boys, and gender-expansive people to advocate and lead policy and systems change across California. April has been with YWFC since August 2019. 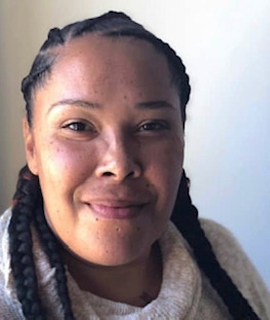